John the Baptist Prepares the Way

1 The beginning of the good news about Jesus the Messiah,[a]the Son of God,[b] 2 as it is written in Isaiah the prophet:

“I will send my messenger ahead of you,
who will prepare your way”[c] —
3 “a voice of one calling in the wilderness,
‘Prepare the way for the Lord,
make straight paths for him.’”[d]

4 And so John the Baptist appeared in the wilderness, preaching a baptism of repentance for the forgiveness of sins.5 The whole Judean countryside and all the people of Jerusalem went out to him. Confessing their sins, they were baptized by him in the Jordan River. 6 John wore clothing made of camel’s hair, with a leather belt around his waist, and he ate locustsand wild honey. 7 And this was his message: “After me comes the one more powerful than I, the straps of whose sandals I am not worthy to stoop down and untie. 8 I baptize you with[e]water, but he will baptize you with[f] the Holy Spirit.”

The Baptism and Testing of Jesus

9 At that time Jesus came from Nazareth in Galilee and was baptized by John in the Jordan. 10 Just as Jesus was coming up out of the water, he saw heaven being torn open and the Spirit descending on him like a dove. 11 And a voice came from heaven: “You are my Son, whom I love; with you I am well pleased.”

12 At once the Spirit sent him out into the wilderness, 13 and he was in the wilderness forty days, being tempted[g] by Satan.He was with the wild animals, and angels attended him.

20 And I saw an angel coming down out of heaven, having the key to the Abyss and holding in his hand a great chain. 2 He seized the dragon, that ancient serpent, who is the devil, or Satan, and bound him for a thousand years. 3 He threw him into the Abyss, and locked and sealed it over him, to keep him from deceiving the nations anymore until the thousand years were ended. After that, he must be set free for a short time.

4 I saw thrones on which were seated those who had been given authority to judge. And I saw the souls of those who had been beheaded because of their testimony about Jesus and because of the word of God. They[a] had not worshiped the beast or its image and had not received its mark on their foreheads or their hands. They came to life and reigned with Christ a thousand years. 5 (The rest of the dead did not come to life until the thousand years were ended.) This is the first resurrection. 6 Blessed and holy are those who share in the first resurrection. The second death has no power over them, but they will be priests of God and of Christ and will reign with him for a thousand years.

The Judgment of Satan

7 When the thousand years are over, Satan will be released from his prison 8 and will go out to deceive the nations in the four corners of the earth —Gog and Magog —and to gather them for battle. In number they are like the sand on the seashore. 9 They marched across the breadth of the earth and surrounded the camp of God’s people, the city he loves. But fire came down from heaven and devoured them. 10 And the devil, who deceived them, was thrown into the lake of burning sulfur, where the beast and the false prophet had been thrown. They will be tormented day and night for ever and ever.

The Judgment of the Dead

Jesus makes it very clear what will happen. Amen!! I have no doubt that he will be returning soon. Just take a look around as the world continues to fall apart!! 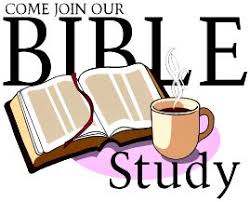 Bible study is Thursday at 7 on Skype. See ya there!!

Have a blessed and wonderful night and put all that you have in his loving hands!!

John 14:21 Those who accept my commandments and obey them are the ones who love me. My Father will love those who love me; I too will love them and reveal myself to them. 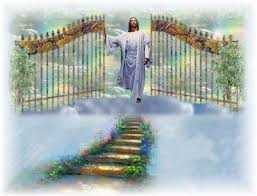 I am so blessed to be the daughter of the most high God!! It has been a long week and still the lord is blessing me. No matter what the trial or situation I am surrounded by his presence.

Yesterday I sat with my mother in law at the hospital and a family member and they talked about not really knowing if they are going to heaven. Here was a time that the Lord used me to preach his word and so I did!!

I told them that we have been purchased and that if we are save and have accepted his grace we are heaven bound. I told them there is no doubt  in my mind that I will see Jesus face to face and that my family and friends will meet me at the gate.

I was not ashamed or afraid as I used to be when talking about the lord. I told them that my hell fire insurance is paid and they need to make sure that their’s is. How blessed we are that the lord transforms our hearts for his good!! So know that you know where you are headed before time runs out!

Being good? How do you define it? I hear people say they think that they are good because they are better than most “other people”. Let me share some truth with you. We all share the same status, and that is we are all sinners that deserve judgment.

If you are defined by you, grace has not taken hold in your life. If we define ourselves by good we think we are, this will lead us to think that we are better than others…

Thank all of you who prayed for my mother in law… Praise , glory, and honor to our King!!!Mom was released today to a rehab place near her home. We serve an awesome God!!

Thank you brothers and sisters . My mother in law is still in hospital. Please continue  to pray for there has not been much change. The pain continues but the infection is under control . Please give her the will to continue for as I said depression may have set in with the death of her husband two month ago.                                     Please pray also for my husband and sister in law for this is taking quite a toll on them both. May the comforter come and give them peace .